Adding item to the basket...

This product is not currently available. Register your interest below and we will contact you when it is in stock.
Join Waiting List
In DetailVideosIncludedAccessoriesX Mount Lenses Reviews

X-T1 was originally released in 2014 to celebrate Fujifilm’s 80th anniversary. It would go on to lead a mirrorless camera revolution. Almost a decade and five generations later, Fujifilm’s latest imaging technology has come to X-T5, bringing photographers unrivalled image quality in a timeless, classic, and beloved camera body.

Three top-plate dials
Three dials control ISO, shutter speed and exposure compensation from the camera’s top-plate. Together with the aperture ring on most XF lenses, all exposure settings can be checked and adjusted before powering on the camera. Create with confidence and concentrate on making an image.

Lightweight, high performance
X-T5 features a five-axis in-body image stabilisation (IBIS) system that provides up to 7.0 stops of compensation and a 3.69 million dot EVF with an 0.8x magnification ratio. Despite this, the camera body only weighs 557g (1.23lb). Dials and buttons provide easy operation, letting life’s most precious moments stand a chance of being documented to see another day.

Three-way tilting LCD
A three-way tilting LCD offers enhanced versatility, particularly when working at waist level or in portrait orientation. The combination of tilting LCD and centre viewfinder aligns the lens, camera, and photographer on the optical axis, for a more comfortable and intuitive image-making experience.

Film Simulations
19 Film Simulation modes inside of X-T5 digitally replicate the look of the classic photographic film stocks developed by Fujifilm for over 85 years. Reproduce the classic colours and tones that Fujifilm are known for, or add your own artistic flair.

CLASSIC CHROME
• This Film Simulation mode is designed to reproduce a look similar to documentary magazines of the 20th century. Its low-saturation and hard tonal gradation in shadows make it a perfect choice for documentary photography with a touch of realism.

• CLASSIC Neg.
Based on SUPERIA, a colour negative film loved by generations of photographers, this Film Simulation mode provides high-contrast tonal gradation. It adds depth and definition to colours by adjusting their shades in highlights and shadows, while reducing saturation.

• NOSTALGIC Neg.
Designed to recreate the look of images in old photo albums, NOSTALGIC Neg. produces images with rich colours in the shadows – and a soft tonality through the midtones and highlights.

• ETERNA / CINEMA
Based on ETERNA, a film designed for motion pictures, this Film Simulation mode minimises saturation to ensure no colour overpowers another. It provides extremely soft tonal gradation in highlights, and deep shadows to prevent clipping, reproducing a cinematic look.

PROVIA / STANDARD
Based on FUJICHROME PROVIA, a reversal film designed for professional use, this Film Simulation mode is great for all subject types, offering a neutral colour reproduction.

• Velvia / VIVID
Based on FUJICHROME Velvia, an ultra-vivid reversal film designed for professionals, this Film Simulation mode provides richer and more high-contrast colours than the PROVIA/STANDARD. It is a favourite of landscape photographers.

White Balance
Fine adjustments can be made to Auto White Balance (AWB) by selecting one of three modes: Auto, White Priority and Ambience Priority. When set to White Priority, white is more likely to be reproduced as white under incandescent lighting. However, when Ambience Priority is set, scenes will be photographed with the natural lighting characteristics of the scene preseved. Under incandescent lighting, this will generally result in images with warmer white tones.

Subject-detection autofocus
X-Processor 5 features subject-detection AF that is built using Deep-Learning AI Technology. In addition to providing incredible AF tracking and detection for human faces and eyes, X-T5 can now also automatically detect and track a broad range of subjects, which include animals, birds, cars, motorcycles, bicycles, airplanes, and trains. This allows photographers to concentrate on composition and creativity, confident that X-T5 will track focus accurately.

A World of Detail– 160MP Pixel Shift Multi-Shot
X-T5 features Pixel Shift Multi-Shot with the help of the Pixel Shift Combiner software, it can produce a single, ultra-high-resolution 160MP image with a single touch of the shutter button. Using in-body image stabilisation to shift the sensor by a half pixel between each frame, X-T5 precisely makes 20 frames to ensure every red, green, and blue pixel has the same information. The result is a final image with almost no false colours visible.

1/180,000 sec shutter speed
X-T5 has a maximum electronic shutter speed of 1/180,000, an increase of approximately 2.5 stops compared to other X Series cameras. Use it with wide apertures in extremely bright environments for more creative options, or to freeze action at the perfect moment.

Supports HEIF image format
X-T5 supports the HEIF image format, which delivers 10-bit image quality in files up to 30% smaller than standard JPEGs. The next chapter in delivering high-quality results straight out of camera has officially begun for X Series.

Increased battery life
Thanks to the reduced power consumption of the X-Processor 5, the battery life for still images has been significantly increased from approximately 600 to 740 frames (in economy mode) compared to the X-T4.

RAW output via HDMI
When combined with an ATOMOS HDMI device, RAW video output from the X-T5 can be recorded as 12-bit Apple ProRes RAW at resolutions up to 6.2K and frame rates up to 29.97fps. 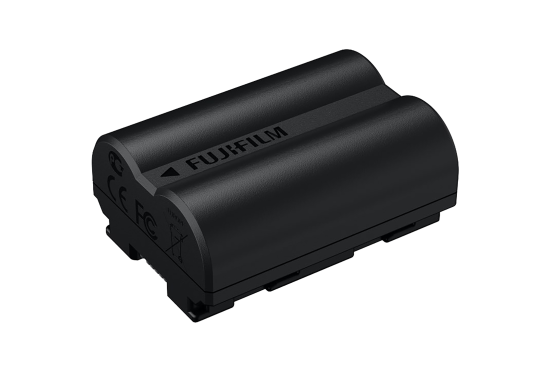 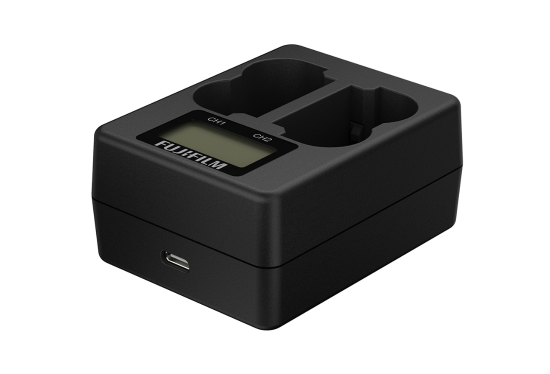